What are AUV Operations? 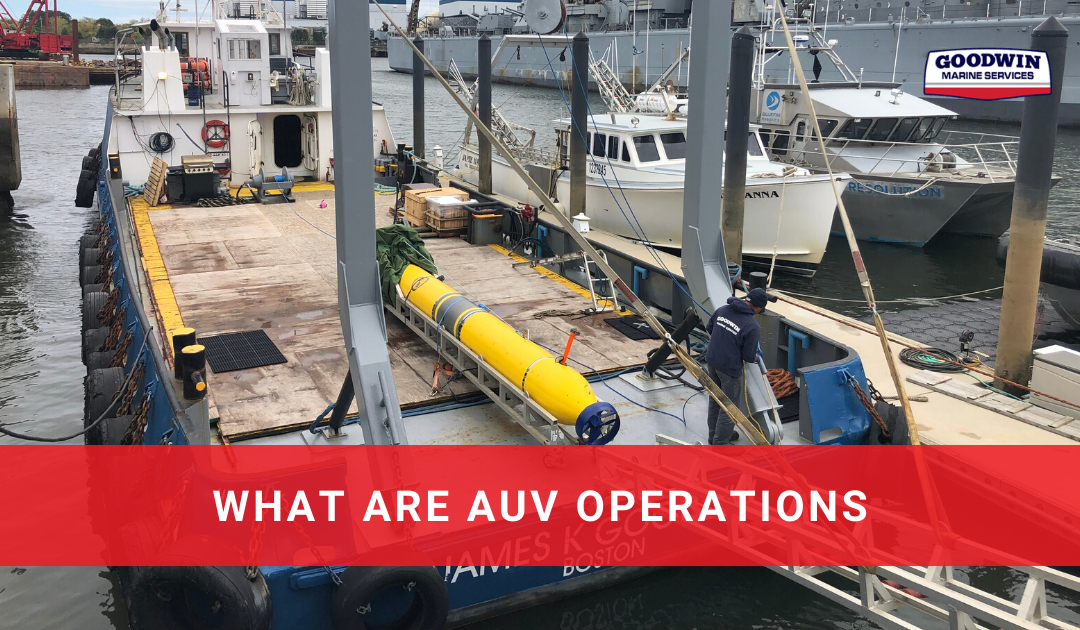 An AUV is an acronym that stands for “autonomous underwater vehicle.” According to J.G. Bellingham’s Platforms: Autonomous Underwater Vehicles, they are self-propelled, unmanned, untethered underwater vehicles that can perform simple tasks independently of humans. The National Oceanic and Atmospheric Administration Ocean and Exploration Research explains some AUVs can be small and easily portable, weighing under 100 pounds. Others can weigh thousands of pounds, requiring its own dedicated support vessel. Both types may have the ability to maneuver easily back and forth between the surface and the depths of the ocean.

AUVs are very popular in the science community because they are great tools to use for ocean-based research. Programmed before diving into the ocean, they can easily move through water too shallow for boats and can go much deeper than human divers. The bigger AUVs have instruments for imaging what’s on and below the seafloor. Using sensors, these underwater robots observe oceanographic fields, record environmental information and identifying hazards to navigation. AUVs are also more cost-efficient for scientists, typically costing less than research vessels to gather the same type of data. They can also be used to measure the ocean’s conductivity, turbulence, pollutants, dissolved oxygen content and temperature. These things can provide scientists with a better understanding of ocean processes. Meteorologists can get a better understanding of weather events. Climate modelers can get a better understanding of change over time. Natural resource managers can monitor the activity around protected areas including shipwrecks and marine reserves, according to the NOAA.

They’re also safe from bad weather. According to the Schmidt Ocean Institute, AUVs maintain a direct trajectory. Depending on the mission of the AUV, they can be deployed in the ocean for just a few hours or for several days. When they come back scientists can download data straight off the AUV.

In order for AUVs to move around, they have to propel themselves through the ocean. This calls for a need for power. There are a number of ways AUVs can power themselves. AUVs that glide reduces their energy needs by using gravity and buoyancy to get around. Completely autonomous operations carry power onboard, some using special batteries while others use fuel cells or rechargeable solar power.

To deploy an AUV into the ocean, MARUM Center for Marine Environmental Sciences says a crane attached to a research vessel, or an A-frame at the stern of the vessel, is sufficient. The AUV is placed on sea-surface beside the vessel with the crane and the two-fold deploy rig, then it can be released into the ocean to complete its mission. Once the mission is complete, and the AUV makes its way back to the vessel, it should be positioned at the sea-surface level. Using a zodiac, a support rope and the recovery rig should be placed on the AUV. Guided through a sheave in the crane, the final recovery line will be connected to the recovery rig. The AUV will be pulled below the vessel’s crane position. The recovery rig will be pulled into a lock-latch and the AUV will be pulled up with the vessel’s crane into deck position.

AUVs are heavily used in the oil and gas industry for many tasks like pipeline inspections, platform inspections, and bathymetric surveys, and deepwater drilling applications, according to PR Newswire. Using sensors, they can find geological formations below the seafloor that indicate the presence of oil. The Office of Naval Research, the United States Department of the Navy responsible for science and technology programs of the U.S. Navy and Marine Corps, has invested in AUV technology development since the 1990s for military purposes including underwater mine hunting, explains the NOAA. For missions that include coastal survey, fisheries research and ocean exploration, the NOAA has considered the use of AUVs. Pilot programs have also considered the use of AUVs to evaluate their performance in NOAA missions. These underwater robots are also attractive to the shipping industry and maritime archeologists. Any industry that has underwater infrastructure can use AUVs to spot areas that need repair.

AUVs are beneficial for all types of industries and because of their ability to be autonomous, they are much more cost-efficient to gather the same type of data and can go where most humans aren’t able to.