The Importance of Offshore Renewable Energy 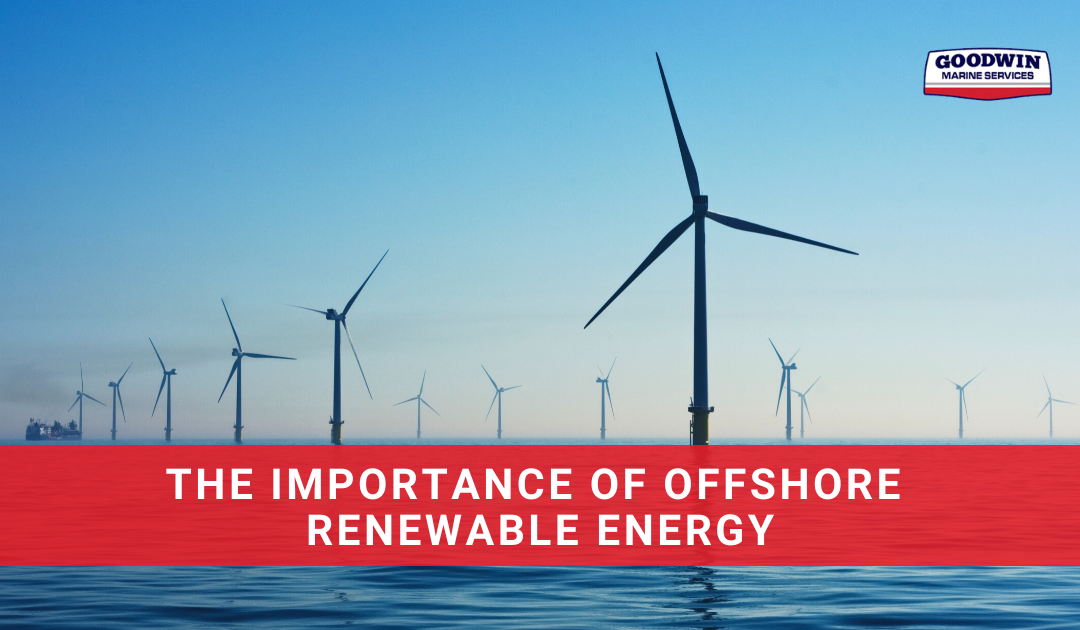 Offshore renewable energy is poised to play a huge role in meeting worldwide demand for sustainable power sources. As explained by the Society for Underwater Technology, wave- and tide-based technologies are in development. So far, however, offshore wind farms have been the most prominent source of such energy.

The Power of Wind

Wind farms—whether located on land or sea—make use of a relatively simple principle, according to the Office of Energy Efficiency & Renewable Energy. When winds hit the blades of a turbine, the blades turn “around a rotor, which spins a generator.” That, in turn, generates electricity. In the case of offshore wind facilities, undersea cables carry the resulting energy to land-based electricity grids.

Offshore wind has been described by the Bureau of Ocean Energy Management as “an abundant, domestic energy resource.” Because offshore wind facilities can be located near major coastal centers that have high energy needs, wind energy “provides an efficient alternative” to developing new power-generation facilities in areas where land is scarce. It also is often more desirable than transmitting power over long distances.

Additionally, offshore facilities can make use of wind speeds that tend to be higher than those on land. Faster wind generates more power. Wind also blows more consistently offshore than on land.

The Department of Energy (DOE) points out that it is possible to make offshore wind turbines that are absolutely enormous, boasting blades as long as a football field. Despite the enormous size of certain turbines, installing them tends to bring fewer logistical challenges than do land-based systems. For example, a ship can carry a huge turbine that a truck may struggle to transport overland.

All in all, the energy potential of offshore wind facilities is gigantic. The DOE estimates that if developed to their absolute limit, waters under federal and state jurisdiction could provide roughly twice the energy created by all of America’s electric power plants. While that extreme level of development likely won’t happen, it goes to show just how much offshore wind facilities can potentially provide. Perhaps even more impressive, one report covered by CNN posited that “offshore wind turbines” could potentially be capable of powering “every home and business on Earth.”

Continued investment is underway, and that investment is necessary to realize increased benefits from offshore renewable energy. For instance, the DOE deployed buoys off the coasts of Virginia and New jersey that collect data on wind speed and atmospheric conditions. The data from those buoys, the DOE hopes, will assist with research that will speed up the expansion of offshore wind energy operations. Additionally, the DOE has allocated hundreds of millions of dollars to projects related to offshore renewable energy research and development.

Private companies are playing a role as well. For example, because many of the best sites for harvesting wind power are in areas with very deep water, innovative approaches are necessary. (Conventional foundations, the DOE points out, are not practical in such areas.) To solve this problem, US companies are devoting resources to developing floating platform solutions.

As of late in 2019, the US only enjoyed the use of a single offshore wind farm, according to CNBC. That wind farm is located off the coast of Rhode Island. However, many states are preparing to deploy wind farms of their own. Falling costs and advancing technology have helped make more wind farm investment possible and lucrative. For example, Maine is overseeing a demonstration project involving a floating wind farm that will power roughly 9,000 homes by the year 2022. New York, likewise, has passed a law mandating offshore wind farm development. Projects like these will help the country move forward and better harness the near-unlimited potential of offshore wind energy.