The Future of Offshore Wind Farms 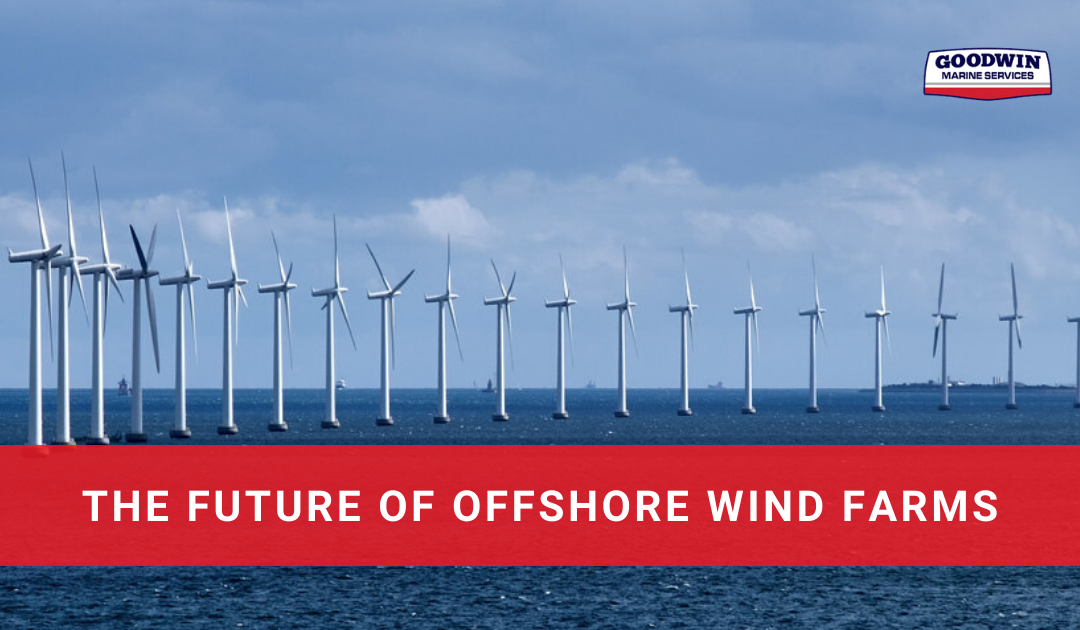 Wind farms have always been one of the most effective ways of delivering renewable energy to communities around the world. When they were first introduced, we saw wind turbines in empty fields along the countrysides. Then, someone had the idea to install offshore wind farms out in the ocean. The idea was that this would help generate more wind, it wouldn’t take up any green space, and you could install a larger concentration in one area.

Right now, offshore wind farms are generating a lot of renewable energy – particularly in the form of electricity. It’s still seen as one of the most popular and effective approaches, but what does the future hold for this technology? Here are a few things you can expect to see in the upcoming years:

Studies have shown that offshore wind capacity has grown considerably over the last few years. Not only that, but it’s predicted to grow by over 25% in the next four years alone. There’s been a significant production boom in this sector, with more companies investing money in technology to design and install offshore wind farms.

In the early days, you’d be lucky to see a megawatt of electricity from a wind turbine. They simply didn’t have the capacity to produce more than that. Now, thanks to improvements in the technology, you’re looking at offshore wind turbines that are capable of pumping out over ten megawatts each. So, you can see why it’s predicted that the energy capacity is going to go up. If things carry on in this vein, then we might see even more powerful offshore wind farms in the future.

Alongside an increase in energy capacity, we’ll also see an increase in the number of offshore wind farms being constructed. This is evident all over the world right now. In some places, as many as one wind turbine a day is being installed offshore!

What’s the reason for this? Well, there are two that we can think of. The first is that it’s now cheaper to construct wind turbines than it used to be. It’s also cheaper to install them offshore, largely thanks to the improvements in offshore marine technology. The second reason is that governments and the people in charge of setting up wind farms have realized that offshore ones are more practical. It’s less of an eyesore to have these farms in the ocean, it uses up less green land – which can be used to plant trees or create crops – and it tends to be windier out at sea as well.

Therefore, in the next few years, you can expect to see lots more offshore wind farms popping up all over the place. Ultimately, this will also contribute to an overall greater production of renewable electricity via these farms.

One of the key concerns with all renewable energy sources is how you store all of the energy that’s produced. With solar panels or traditional wind farms, this isn’t too much of an issue. Many homes have solar panels on them, meaning the energy can be transferred either directly to the property or to a portable battery that the homeowners can access when required. Land wind farms can also have batteries nearby that hook up to the main electrical grid.

The problem with offshore wind farms is that you need somewhere to store the energy and transport it all the way from the ocean to the land. Thankfully, big strides are being made in this domain. Some companies have already developed huge battery storage systems that are linked to offshore wind farms via underwater cables. The batteries are on-land, and they join up with the electricity grid. We are definitely going to see further developments in this field within the next few years or decades.

Mainly, the big focus is on creating battery storage systems that are big enough to take all the energy being produced by wind farms. As we’ve mentioned, if the energy capacity and number of offshore wind farms are on the rise, then the demand for bigger storage batteries will also rise.

The bottom line is that offshore wind farms are going to keep getting bigger and better. They’re more effective and efficient than land wind farms because the wind is more consistent at sea. Also, local people can’t complain that there’s a big wind turbine near their house making noise and ruining their view. The technology in this field continues to improve, and we’ll start to see more of these wind farms all over the world, producing huge sums of renewable electricity.