The Benefits of Oceanographic Surveys 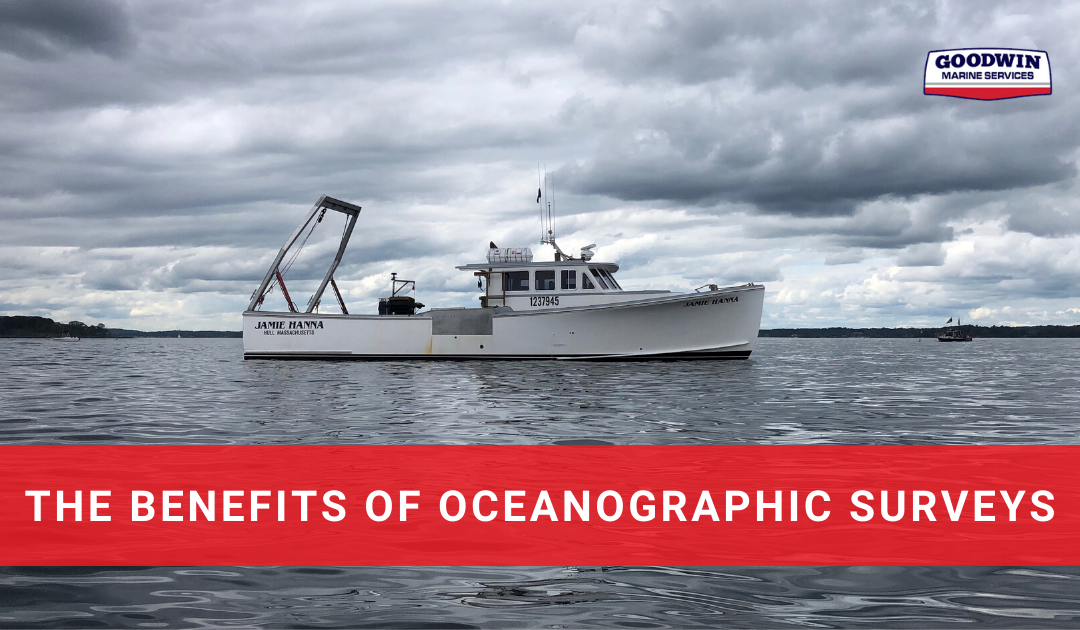 With around 70% of the Globe covered by water, oceanographic surveys are pretty important by anyone’s standards. However, while most people understand that oceanography is the study of all things ocean, they often don’t know a lot more than this. In fact, many people are unaware of the vital data that many oceanographic surveys provide to keep us safe and keep the global export trade moving. Not to mention their role in keeping the environment as healthy as possible. Fortunately, in the post below, you can expand your understanding of oceanographic surveys and their associated benefits.

The etymology of the term oceanography is pretty straightforward. It basically means to write about the sea. However, we’re not talking epic poems like the Albatros, or classic novels like Moby Dick. Instead, oceanography is about the scientific research of our oceans and the things that live in them.

Oceanography is not solely concerned with the beasties that live in the deep, though. In fact, it is far more wide-reaching than that, covering all sorts of subjects from geophysical fluid dynamics; to the chemical substances within the ocean.

In particular, there are some specific branches of oceanography to be aware of.

The first of these is what is known as chemical oceanography. This is the study of the chemical makeup of the ocean. That is what is in seawater and how it changes based on factors like location, climate, and pollution.

In fact, a particular concern of chemical oceanography is acidification. That is the fall in seawater ph caused by CO2 emissions. This being something that can have a devastating effect on marine life.

The next branch to be aware of is geological oceanography. That is the study of the tectonic plates on the ocean floor.

Then there is Physical oceanography, which is concerned with waves, tides, and currents. Marine biology also falls under the umbrella of physical oceanography. The reason is that it is focused on the study of creatures from the deep.

Finally, there is paleo oceanography, which is focused around the past of the oceans. That is the geology and sedimentation, as well as the biology of oceans past.

What are oceanographic surveys?

The primary way that most of the data for oceanography is gathered is via survey. Of course, that means observing and testing the ocean, how it behaves, and the things that live in it. A task that is pretty hard to do from dry land!

With that in mind, the critical piece of equipment needed to perform an oceanography survey is a research vessel. That is a boat or ship designed and kitted out for scientific research. In fact, such vessels often have labs and other specifically dedicated equipment that allows them to collect the type of data they need.

What are the main benefits of oceanographic surveys?

There are many benefits to using oceanographic surveys to collect data. In fact, it is this information that is then used to help us to discover valuable insights into all sorts of things related to ocean life and behavior. Information that can then be used to advance specific fields, protect wildlife and human life, and even avoid potential natural disasters.

In particular, oceanographic surveys can be beneficial in several ways. The most significant of which are discussed below.

One benefit conducting an oceanographic survey can provide is it can be used to monitor seismic activity on the seabed. Of course this is incredibly important because it is something that can help us to avoid natural disasters like tsunamis and Earthquakes.

In fact, with the data gained from oceanographic surveys, such events can be much more easily predicted. Something that allows areas to be evacuated well within time and so can save countless lives.

While the second benefit of conducting oceanographic surveys is that they are used to map oceans and the seabeds. This is so advantageous because it is this data that is used to produce nautical charts. A vital piece of equipment used for making sure civilian and military shipping can navigate safely. A task that may seem simple to the uninitiated but is almost as complex as making sure aircraft can fly without running into each other in the air.

Another benefit of conducting oceanographic surveys is that they can be used to seek out valuable assets like oil or bear gas. In fact, some research vessels will even be equipped with mobile drilling capabilities. This is equipment that can be moved around at will, following the location of the resources in the seabed.

Help us take better care of the environment.

Oceanographic surveys are also vital because they provide us with a wealth of data that can help us to take better care of the environment. In fact, some surveys focus on the physical makeup of the water. Something that can provide information on issues such as pollution, as well as how this impacts on marine life. Not to mention the risks it poses to humans.

Additionally, a significant advantage of oceanographic surveys is that they can provide information about issues such as overfishing. Data that can then be used in the fight to return fish ticks back to normal levels.

Finally, when it comes to safety oceanographic surveys play a crucial role. In fact, research vessels concerned with tasks like mine detection can make the waters safer for civilian and military craft alike.

In summary, oceanography is the study of the things in, as well as the ocean itself. The research needed for oceanography is primarily conducted by running ocean surveys. These require survey vessels to be piloted to specific locations in the sea.

The key benefits of conducting oceanographic surveys are numerous. They include not just the collection of data for its own sake, but the opportunity to use this to inform critical actions. Such as helping to save the environment, protecting people from earthquakes and tsunamis, finding valuable resources, and making vital nautical charts.