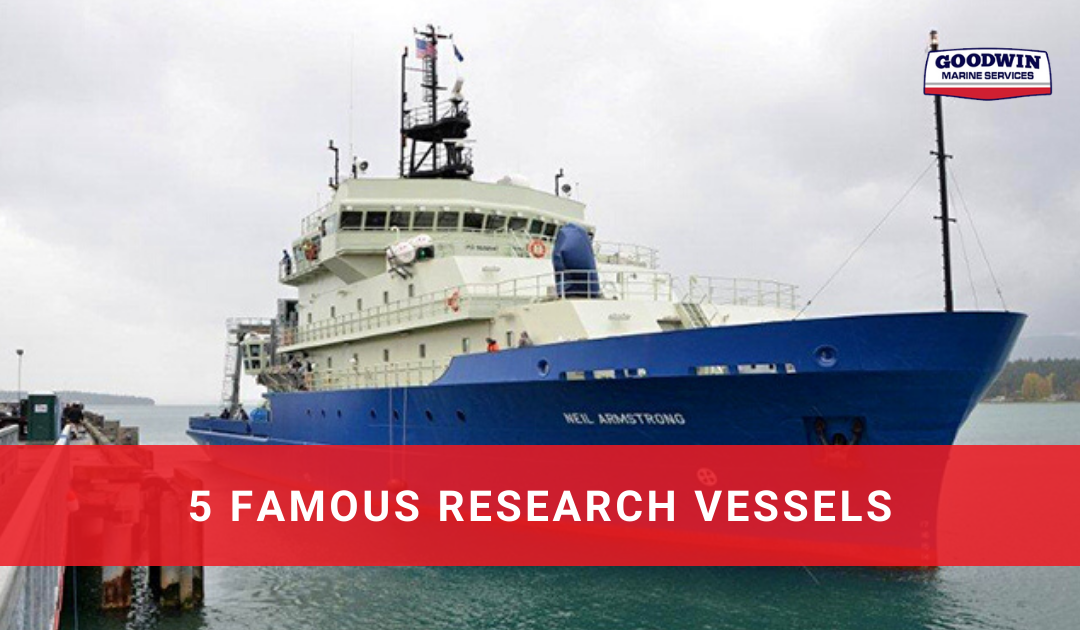 Sea exploration has always captivated mankind. That deep dark murky ocean floor has all manner of secrets and alluring creatures that we wish to know. In fact, one could make a stiff argument, that we know more about outer space than we do our own planet’s seafloor. Every time there’s a new discovery, whether it’s a fish that looks out of this world, a hidden underwater volcano or perhaps, sea ice, precious metals or shipwrecks like the Titanic, it mesmerizes the entire world. However, without the brilliant engineers, scientists and military background research, we would not be able to shed light on the deep darkness. famous research vessels

Research vessels have come a long way, from previously unmanned tubes of metal, to now fully pressurized, man-driven deepwater vessels with robotic limbs. For every contemporary vessel that dives into the unknown, there has been a vessel of a similar nature, that paved the wave for it. Let’s take a look at the 5 most famous research vessels, what kinds of designs they took, what they were used for and what they achieved. 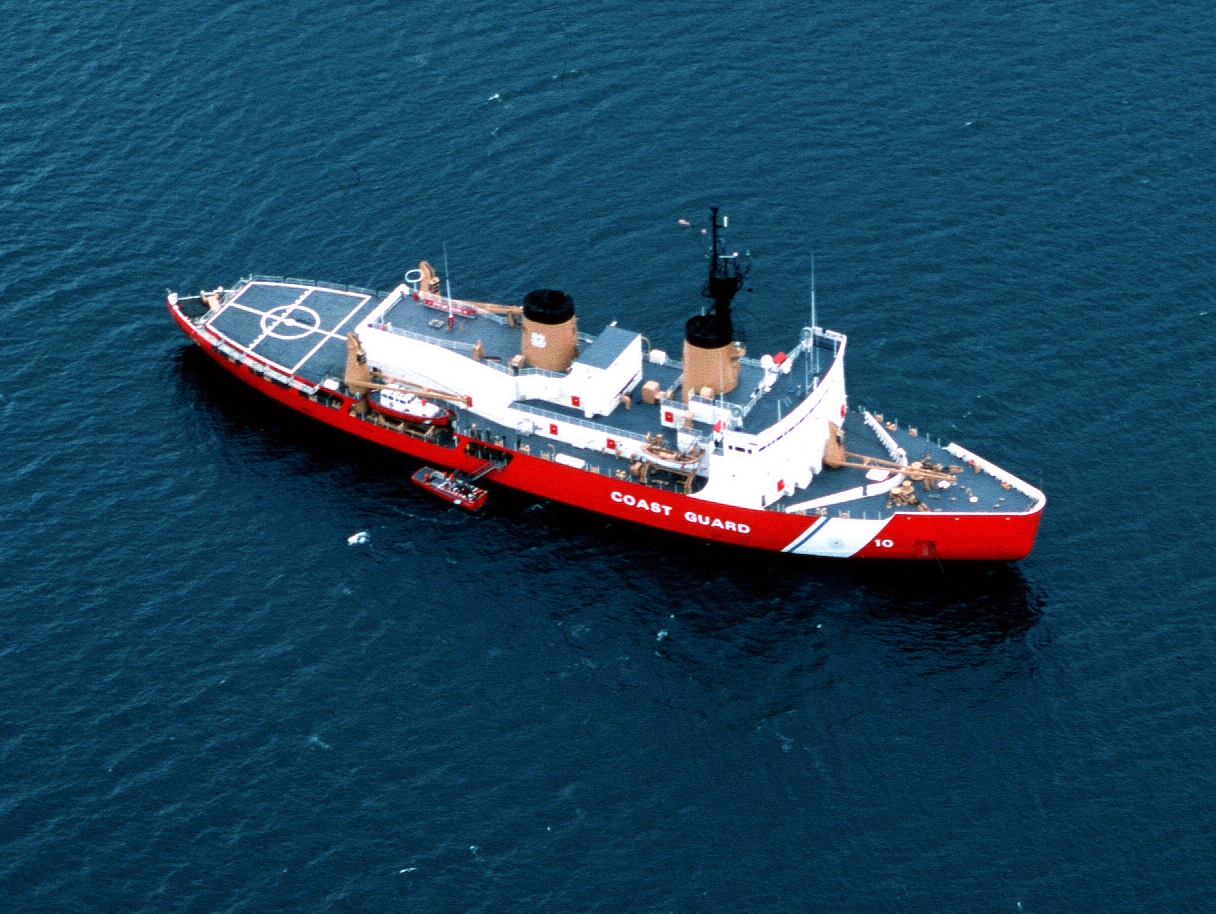 Commissioned in 1976, the Polar Star is one of the most famous research vessels in human history. With a displacement of 13,623 metric tons, it was built to wade through the treacherous icy waters of the polar regions.

Polar Star produces a phenomenal 75,00 shaft horsepower from it’s two different power plants. The first is a diesel-electric plant that has 18,000 shaft horsepower. The second is the gas turbine plant, which produces 57,000 shaft horsepower. Compared to its weight and size, this is a great power-to-weight ratio. Considering its job is to break through the ice, either making it small enough that it will melt before it poses a danger to ships or for charting a path through to unexplored areas on the seafloor, it needs this power.

Polar Star’s missions have been varied across its rich history. While it was sailing through Antarctic waters one of its missions was to break a path through to the research station McMurdo in the Ross Sea. Because of its capability to do this, resupply ships use the paths it carves to bring the scientists in such as harsh and secluded locations, food, fuel and other essentials needed to survive throughout winter.

It also serves in its other duties as a research platform, with five laboratories onboard and room for 20 scientists. With its J-shaped cranes, it can perform research that takes place down in deep water. It has helped in field studies for geology, sea-ice physics, oceanography and volcanology to name a few.

Operating at such a geographically challenging area, it needs to have an excellent navigation system to stay in touch with ships, ports and research centers across the world. It has four different electronic navigation methods to overcome the challenges of high latitude operations. It has GPS communication with satellites, so its exact location can be pinpointed, required for both map plotting and for security purposes. 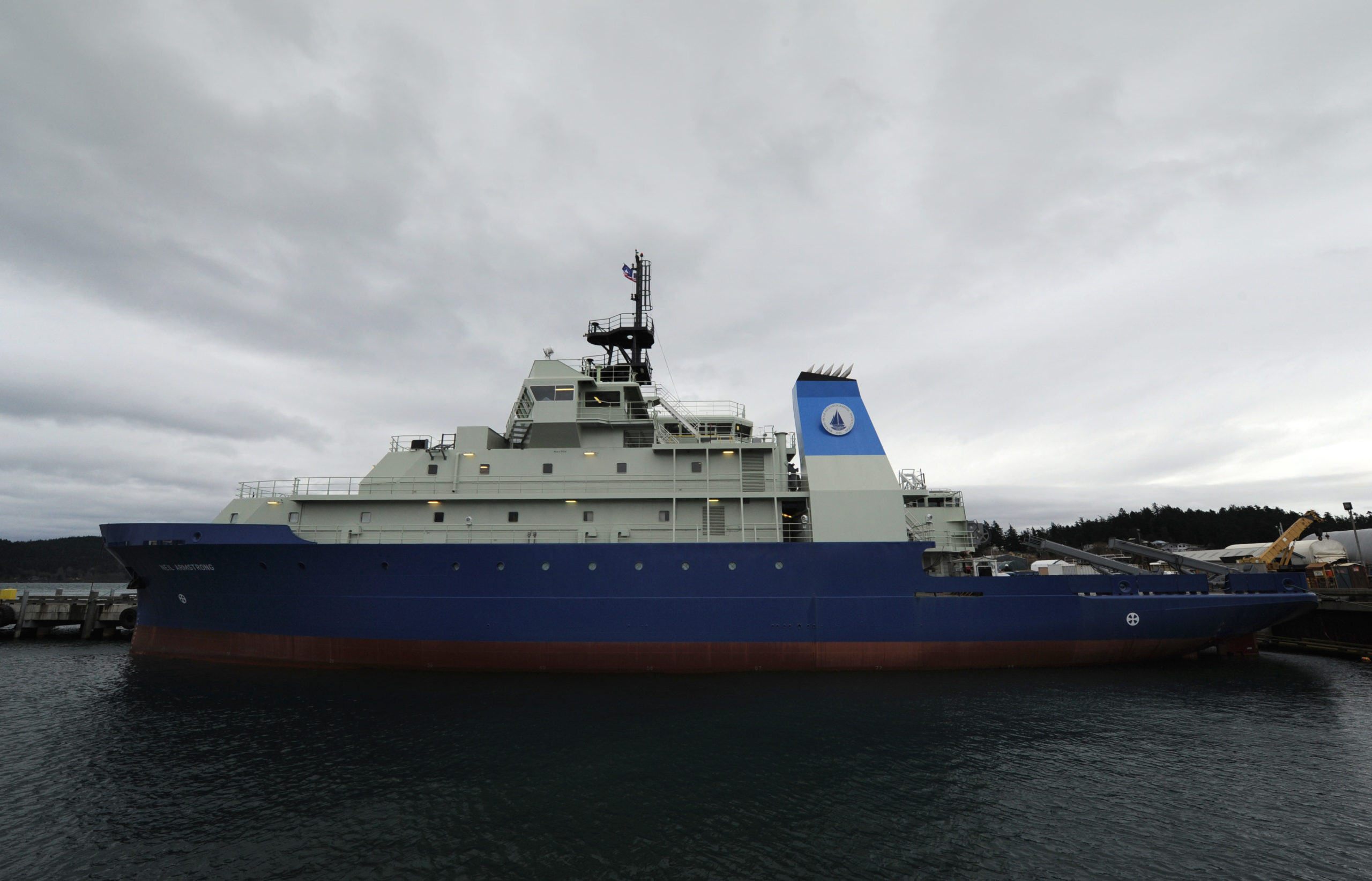 Ordered in 2010 but launched so rapidly, in 2014, the R/V Neil Armstrong is one of the latest research vessels in the world. Weighing 3043 metric tons, it’s operated by the Woods Hole Oceanographic Institution but owned by the United States Navy. Obviously, the ship was named after the first man on the moon. The ship was in fact ordered as a replacement for the RV Knorr which had come to the end of its lifespan, having been built in 1970.

Its mission is to conduct new oceanographic research and is playing a vital role in the North Atlantic and Arctic Oceans. This is directed in the effort to study the Earth’s changing climate and observe these particular areas. Considering its predecessor was around for 40+ years, this research vessel will perhaps play a pivotal role in understanding our planet for quite a few decades to come. It’s also equipped with a state of the art laboratory that on its own is 130 square meters. It’s a kind of floating lab which scientists will use to conduct their research at its locations and report back to base.

It will also be studying the North Atlantic ecosystems and figure out ways of increasing their sustainability. This will be done at the scene, making it a very important research vessel. It gives scientists a platform from which to experiment and bring back enough evidence in case studies to perhaps, shift minds in the political world.

The Woods Hole Oceanographic Institution is currently splashing the cash, to the tune of $7 million to support and maintain the operations of the R/V Neil Armstrong. It’s not just for private philanthropic endeavors, but in education as well. This will support the next generation’s learning about recognizing the challenges that will be put in their lap once the current generation passes the torch.

Every so often, you get a standard-bearer in history, that shone the lantern towards the right direction, for all others to follow. The RSS Discovery was laid down in 1900 and was, in fact, a sail ship. Its main source of power was it’s steam engine and was one of the last ever traditional wooden ships with three masts. Weighing in at 1,570 tons, it’s maximum speed was just 8 knots. It’s coal-fired steam engine produced a respectable 450 hp.

It was the first ever Royal Research Ship and went on behalf of the country to explore the Antarctic. Her first mission for the British National Antarctic Expedition was a highly successful mission and was later dubbed the Discovery Expedition. The crew’s ambition was to carve a path as far south as possible with the aim of either reaching the South Pole or perhaps finding new land that was hidden by the ice caps. They did indeed disembark but it was made apparent by the snow and the weather, that they had a lack of skill with their dog pack and the equipment could have been better. Progress was less than ideal but one of their parties did reach the farthest south man had previously been. The mission had to be called off as they were suffering bouts of scurvy and the bitter cold was finally biting hard.

They did make it back to the ship after covering a staggering 930 miles. Although they didn’t make it to the target, they got further inland than anyone ever before, thanks to the RSS Discovery being able to break through ice and anchor as far south as possible.

The mission itself is why the research vessel is so well-known but it proved that breaking the ice with ships without damaging the hull or risking sinking was possible. A slow methodical approach was best. They used the sails to get them in close and then started to shovel coal and use slow brute force to carve their way forward. This technique is still used today. Named after the famous British explorer and navigator, the RRS James Cook is one of the newest research vessels from the United Kingdom. With a large displacement of 5,800 metric tons, it’s a research vessel built to take over responsibilities from the RSS Charles Darwin. It’s 89.5 meters long is an equivalent vessel to the R/V Neil Armstrong. It is currently being operated by the Natural Environment Research Council (NERC). NERC has a budget of £400 million, making it one of the most capable research companies, at least in terms of resources.

Interestingly, on her maiden scientific voyage of all things, the RRS James Cook was involved in a startling discovery. In 2007, on 5 March, it found the deepest undersea volcanic vents in the entire world. They were found while it was in the Caribbean. Then while on a cruise study in September of 2015, the crew pictured the first ever blue whale in English waters, since the time they were almost hunted to extinction in the north-east Atlantic. It was out on a study, to research the seabed and marine life on the Whittard Canyon, in the Bay of Biscay when the sighting occurred.

It has a lot of space for scientists to work, on board. Overall, it has 278 square meters of laboratories, as well as seven small container laboratories on the deck. This is for bringing home samples which can then be studied in greater detail on dry land. The ship has areas that are temperature controlled, they are kept incredibly clean and have both wet and dry labs on board. This allows the crew to have lots of space that is flexible and can be utilized for different experiments. It also offers different disciplines the space and facilities to collaborate but also, conduct their individual experiments, tests and studies.

It also has an amazing hydroacoustic suite, which scans the seabed, the deep ocean and is useful for coastal research operations. It can measure the currents as well as the fish and other biomass activity. Its position is constantly relayed and jotted by its accurate positioning system and has sensors onboard to fulfil this duty.

This floating instrument platform is an open research platform for scientific purposes. Launched in 1962 it’s 700 tons and 108 meters long. It’s designed to partially flood and then pitches forward to an upright 90-degree position. When this occurs, just 17 meters of the platform remain out of the water. When it is righted, compressed air is pumped into the ballast tanks, causing it to slowly rise out of the water and lay back down again. This can sometimes result in onlookers believing that it’s a sinking ship just about to go under.

Its sole purpose is to study wave height, the density of the water as well it’s temperature, and wave height. Its mission entails meteorological data collection, and because a propulsion system might interfere with the acoustic instruments on board, it doesn’t have a system of any such kind. It has to be towed out to open water, where it is allowed to drift freely or be anchored at a particular spot.

It has just 5 crew and can carry up to 11 scientists. It can operate on its own completely, for a month. During this period, it doesn’t need to be resupplied. Inside, it has unique toilet seats which can flip 90-degrees. The lights are on the ceiling, but also on the wall, which when flipped over, becomes the ceiling.

One of the strangest places for a scientist to work, but it does invaluable work on the west coast of the U.S. it’s home port is in San Diego, California, where it is owned by the Office of Naval Research. It’s currently being operated by Scripps Institution of oceanography. Its purpose for being built was to help the United States in its submarine warfare. It was to study long-range sound detection of enemy submarines but has since become the world’s most peculiar research vessel. Now it studies geophysics, physical oceanography and other endeavors.

Research vessels can do things that give humanity hope. Studying what lies on the seabed, deep sea life and countless other things, we can learn more about our planet thanks to them. Research vessels can also help take us to places we’ve never been before as the RRS Discovery showed. But it can also alert us to incredible geology such as the deepest underwater volcanic vents that the RRS James Cook discovered on her maiden scientific expedition.

Nowadays, the ecosystems of our oceans are far more important. We need to understand climate change and how sea life is changing due to the rise in temperature and pollution. Research vessels can in all shapes and sizes, and thanks to modern equipment and ship design, we can have hundreds of square meters of labs, for the scientists on board to conduct experiments right on location. You never know, when another research vessel is going to become famous, for making a new discovery, proving what we knew to be true to be false or advance our mapping of the ocean floor.